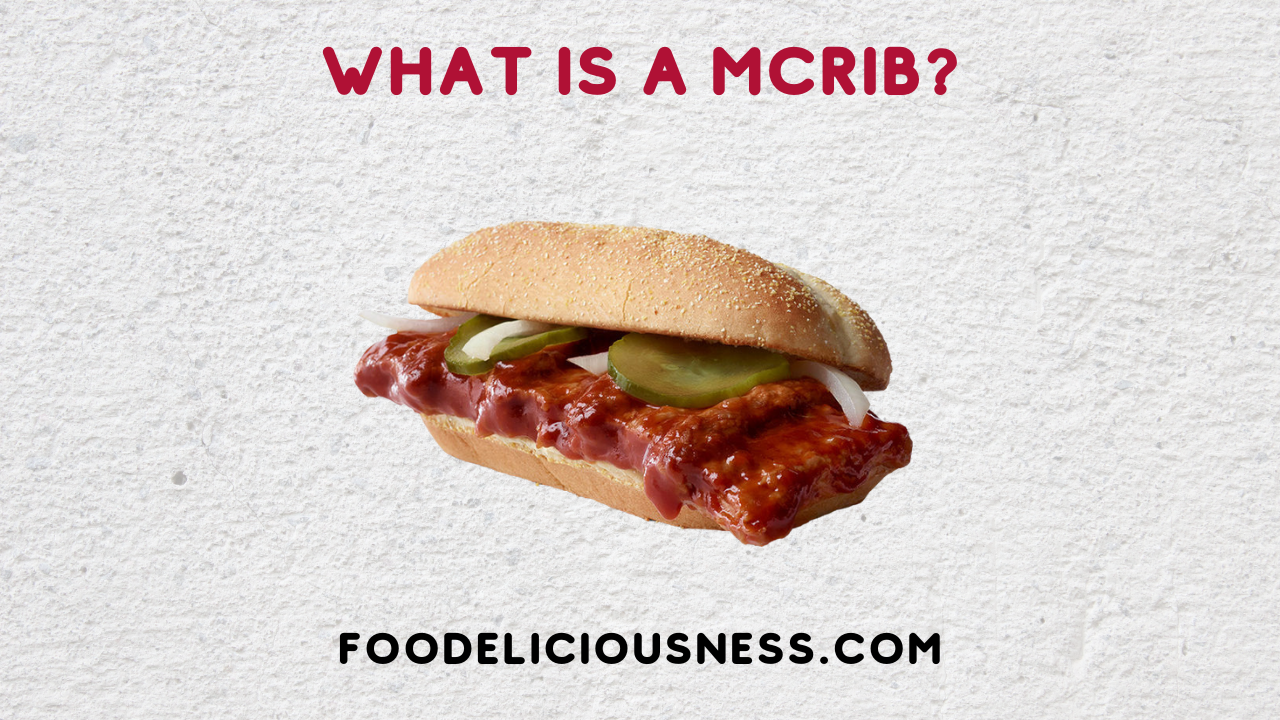 In 1981, McDonald’s debuted the McRib sandwich. It was an instant hit with customers, who loved its unique combination of flavors and textures. However, the McRib has always been a bit of a mystery. What is a McRib? And why does it seem to disappear from restaurant menus for long stretches of time? In this blog post, we’ll attempt to answer those questions once and for all. Read on to learn everything there is to know about the McRib.

What is a McRib?

The exact recipe for the McRib has never been released by the fast food chain. However, we do know that it consists of a boneless pork patty that is covered in barbecue sauce and topped with onions and pickles. The pork patty itself is made from pork (allegedly), which is minced and shaped into rib-like ridges. This gives the sandwich its signature look and texture.

Many people are triggered by the fact that the McRib meat is shaped like ribs, but not made out of actual ribs. McRib lovers know that the shape is part of what makes it great. There’s something about that restructured boneless pork rib meat on the homestyle roll with pickle slices and onion that makes the McDonald’s McRib sandwich amazing.

Why Does the McRib Come and Go From the McDonald’s Menu?

There are many theories as to why the McRib comes and goes from the McDonald’s menu. One theory is that McDonald’s can only make limited quantities of the McRib sandwich at any given time. The popularity of the McRib means that it often sells out quickly, so McDonald’s has to ration it accordingly. That’s why you might see the sandwich on restaurant menus one month and then not see it again for months (or even years) at a time.

Another theory is that it keeps demand high. If the McRib was on the menu all of the time then it would become stale and lose the popularity it currently has.

There are other items on the McDonald’s menu that comes and goes, such as the Shamrock Shake, Pumpkin Spice Latte and the Schezcuan sauce for Chicken McNuggets.

Is the McRib Sauce the Same as McDonald’s Barbecue Sauce?

Conclusion – The McRib Sandwich is a Mysterious and Polarizing Sandwich

The McRib is one of McDonald’s most popular sandwiches – but it’s also one of the most mysterious. In this blog post, we attempted to shed some light on the sandwich’s ingredients and origins. hopefully, this has given you a better understanding of what exactly goes into a McRib – and why it seems to disappear from restaurant menus so often!