If you’ve ever thought to yourself, “How can I possibly make my fast food meals even fatter?” then you’ve arrived at the right place. In this article we’re going to talk about one of the most famous McDonald’s menu hacks out there – the McGangBang.

You and your best friend are hanging out at a local fast-food restaurant, discussing life and all that jazz. As you discuss the merits of different burger chains, your eyes light up as you remember something haven’t had in a long time – the McGangBang.

Your friend is skeptical at first, what a prude, but after you explain how it’s just a cheeseburger inside a McChicken sandwich, they’re intrigued. You order one for each of you and take a bite. Delicious!

You grin as you watch your friend enjoy their McGangBang – proving once and for all that this is the best burger invention ever. You share a big-time high-five and congratulate your friend on his first ever McGangBang.

How to Make a McGangBang

1. Start with a McDouble cheeseburger from McDonald’s.

2. Take the second all-beef patty and place it between the two burger buns, on top of the first patty

3. Add a McChicken sandwich on top of the whole thing

4. And there you have it! A McGangBang!

Now there is somewhat of a dilemma when it comes to the sauces. Do you go with the ketchup and mustard that comes on the McDouble? Or do you just go with mayonnaise like you are eating a McChicken? Well, this is where the boys become men. If you want to experience a REAL McGangBang then go ahead and have all three. That’s right, mayo, ketchup and mustard. We don’t want to miss out on a single calorie and that’s what would happen if you omit any of these delicious condiments.

So there you have it – the famed McGangBang. A heart attack on a bun, and definitely one of the most delicious (and fattening) things you can order at McDonald’s. I’ve been eating these bad boys since the early 2000s. I’m such a fan I make a YouTube video for all of you visual learners out there.

When Was the McGangBang Invented?

The McGangBang was invented in the early 2000s, most likely by someone under the influence of marijuana. There’s something about that drug that sparks the creativity in the mind of people about to order fast food. While the exact data of the first McGangBang is unknown, it is known that the sandwich had become very popular around 2007.

The McGangBang was most likely invented in the early 2000s by McDonald’s customers looking for a way to make their meals even more caloric. And while the exact origins are unknown, we do know that the sandwich started gaining notoriety online around 2007.

What on earth is a Bababooey Burger? Well, it’s the same thing as a McGangBang. Since the McGangBang is the OG on the block, we aren’t going to waste any time talking about this imposter.

What is a McNasty at McDonald’s?

A McNasty is another McGangBang imposter. This is the name used more commonly by people in the north. No matter where your location is, you need to make sure you get your McDonald’s Secret Menu terminology correct. The word McNasty should never come out of your mouth.

What is a Poor Man’s Big Mac?

A Poor Man’s Big Mac is a great option for those of you out there who are “ballin’ on a budget.” You simply order the McDouble, add lettuce, no ketchup and add special sauce. With this menu hack you are getting a Big Mac for half the price. Sure you’re missing out on the third piece of bread but for the savings you’ll be getting that’s no big deal.

Read also  Is the McRib Beef or Pork?

What Happened to the Grand Mac?

At one point in time, McDonald’s decided there needed to be something bigger than a Big Mac. They introduced the Grand Mac. This behemoth of a burger featured two pieces of meat that were a third of a pound each, special sauce, lettuce, cheese, pickles and onions on a sesame seed bun. While this burger was only available for a limited time, it was definitely one to try while it lasted.

Even though it wasn’t around very long it was a centerpiece of some late-night McDonald’s drunken GrubHub orders. We miss you, Grand Mac.

What Happened to the Mac Jr.?

The Mac Jr. was the polar opposite of the Grand Mac. This smaller burger was introduced at the same time as its big brother and featured one piece of meat, special sauce, lettuce, cheese, pickles and onions on a sesame seed bun.

Sometimes you need to go light (well not me personally, that’s ludicrous) and the Mac Jr. was a great option for those who wanted to. Apparently, sales for the Mac Jr. weren’t great so it now joins the Grand Mac as a part of McDonald’s history. But we all know Mickey D’s loves to bring back some of the classics “for a limited time only” so there’s a good chance we get another shot at the Grand Mac and the Mac Jr.

Many of us have been eating McDonald’s our entire lives so sometimes you need to change things up to keep it interesting. The McGangBang does that and it also answers a question I’ve had for a long time – what if you put a burger and chicken sandwich together? 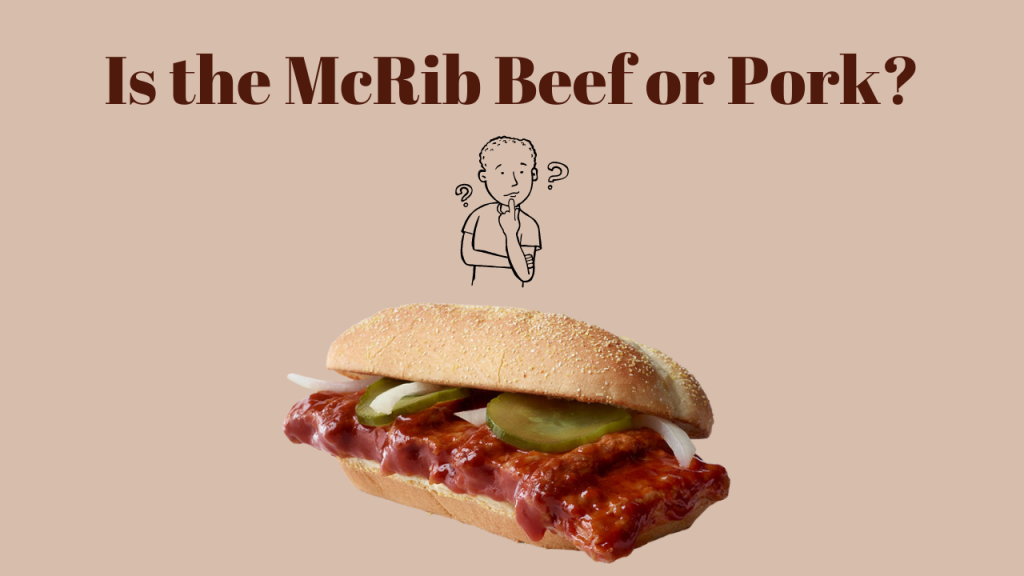