The ketogenic diet or popularly known as the keto diet is a very low carb, moderate protein, and high-fat diet. It allows the body, or rather the liver, to produce small fuel molecules called “Ketones”, an alternative fuel source when blood sugar (glucose) is in short supply. Furthermore, when the body produces ketones, it enters a metabolic state called “Ketosis.” At this point, one may experience headaches, fatigue, difficulty focusing (brain fog), cramps and even changes in bowels (diarrhea and/or constipation). This is called Keto Flu.

What is Keto Flu and Why Does it Happens?

People may feel one or more of these symptoms during the first week of the Keto diet. This is not really the flu or even contagious. This is just a term used to describe flu-like symptoms associated as the body started switching from burning glucose to burning fats for fuel. Moreover, this is the symptom of “withdrawal” from carbohydrates.

As the body doesn’t have enough carbs to use for energy, the liver begins to produce glucose for energy using its stores. This process is called “Glucogenesis”. Sooner or later, the liver wouldn’t be able to produce enough glucose. The body will start to break down fatty acids, which will produce ketone bodies, in a process called “Ketogenesis”. Ketone bodies are then used as fuel, and the body enters a state of ketosis.

The amount of insulin decreases in the bloodstream, thus, people may experience an increase in the amount of sodium, potassium, and water that is released in the urine. 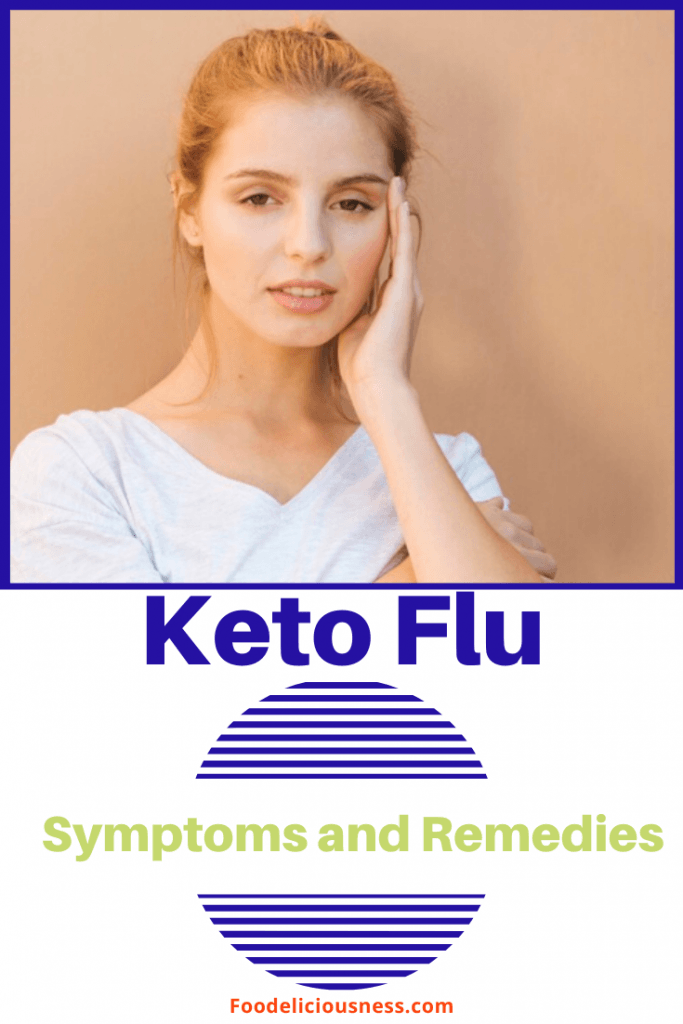 Keto flu varies from one person to another. It may be shorter to one person that may last for only a few days, while the other may experience for up to several weeks. It may be worst for someone and on the other hand, symptoms may be mild to another one.

Here are some common symptoms:

Here are other symptoms that usually occur between day 1 and 4 of the diet:

And here are short term symptoms that are preventable and easy to treat:

People experiencing symptoms of Keto Flu are due to these changes. Fortunately, this is just temporary. Symptoms may reduce once the body reached the state of nutritional ketosis. There are even some remedies that can relieve most or all of these symptoms and feel the benefits of your new eating lifestyle.

Increasing water and electrolyte intake will help alleviate most of the keto flu symptoms such as headaches, dizziness, lethargy, cramps, palpitations, and others within 15 to 30 minutes. This may also help another issue that some people experience: constipation.

Eat as much of the allowed foods as needed until you are no longer hungry and have carb-free snacks.It helps hard-boiled eggs available in case hunger strikes between meals.

While keto-flu symptoms are commonly reported by those shifting to a ketogenic diet. if you are feeling particularly unwell and experiencing symptoms like prolonged diarrhea, fever or vomiting, it’s best to contact your doctor to rule out other causes. 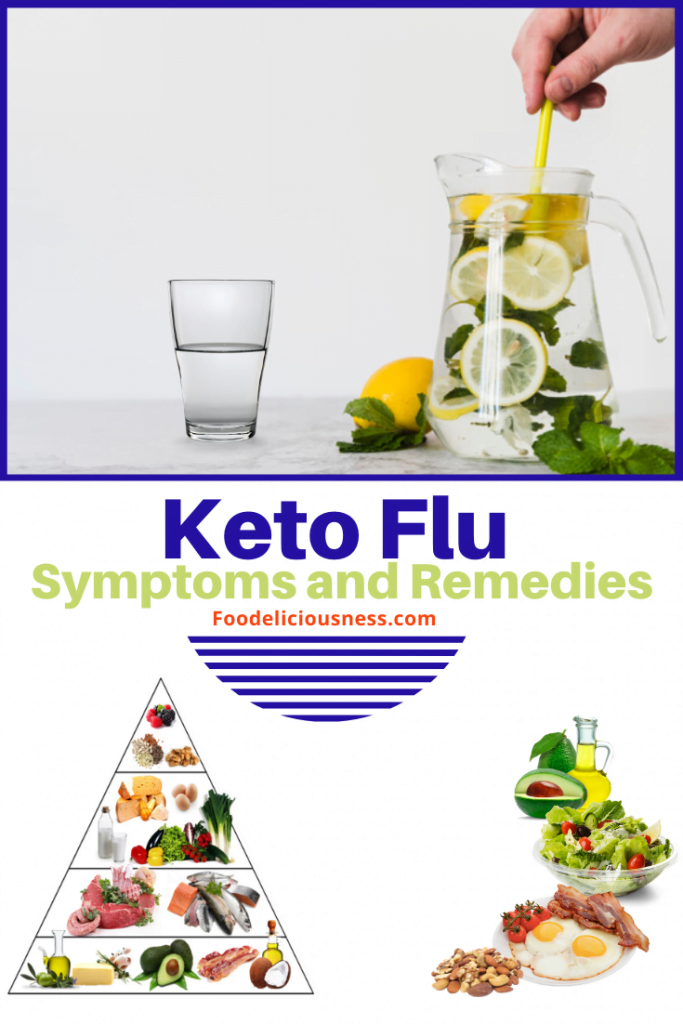 Is being in Ketosis safe?

When the body produces ketones, we can say we have  ketosis. Ketosis is considered safe unless a person is:

Keto flu is not the same as ketoacidosis. People on the keto diet do not have ketoacidosis. Although they both involve the production of ketones in the body, ketosis is generally safe while ketoacidosis can be life-threatening.

Ketoacidosis is a metabolic state that cause uncontrolled production of ketone bodies that cause metabolic acidosis. It is also a condition that results in changes in blood pH and requires medical attention. The most common cause of ketoacidosis is Diabetic Ketoacidosis. But  alcohol do such things, medication, toxins and rarely starvation.

Most people  experiencing keto flu reported experiencing general fatigue, headaches, and abdominal symptoms. Research shows that the Ketogenic diet is safe and the symptoms are minor and will subside as time goes by and easily manageable. Making certain dietary changes – including consuming plenty of fluids and electrolytes – can help manage symptoms of the keto flu.  Research enough on many different diets to encourage diversity and break monotony to keep things interesting

Love the article? Pin this to your Pinterest board.  You may also like to check these recipes 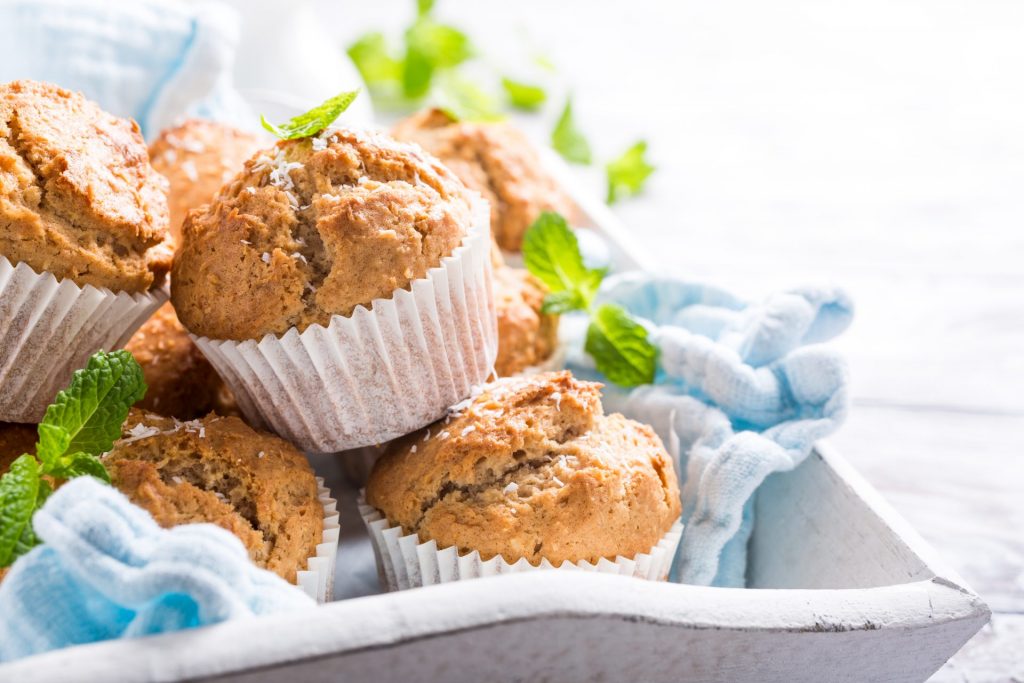